Zayn Malik on leaving One Direction: I thought ‘I just need to be me now’

Zayn Malik, who quit the globe-straddling boy band One Direction in March, has spoken for the first time about his reasons for leaving, as well as what fans can expect from his coming solo album.

In an interview – his first since he signed to RCA Records in July – with the Fader, Malik bemoans the lack of creative input he was allowed in the band, who were put together on The X Factor in 2010. 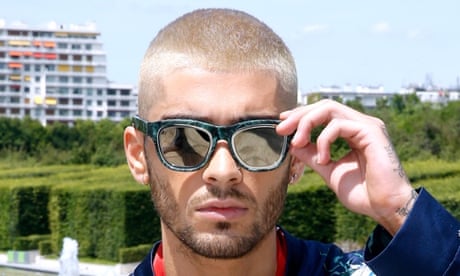 A new direction: Is Zayn Malik the next Justin Timberlake?

“There was never any room for me to experiment creatively in the band,” he says. “If I would sing a hook or a verse slightly R&B, or slightly myself, it would always be recorded 50 times until there was a straight version that was pop, generic as fuck, so they could use that version.

“Whenever I would suggest something, it was like it didn’t fit us. There was just a general conception that the management already had what they want for the band, and I just wasn’t convinced with what we were selling.”

Warming to his theme, Malik also outlines how, at the age of 22, he’d fallen out of love with the music the band were making, saying he was looking to make some “cool shit”.

Would you listen to One Direction, sat at a party with your girl? I wouldn’t

The “cool shit” in question – apparently a mixture of “mid-range R&B” and UK garage, and due out early next year – has been worked on with the Frank Ocean producer Malay, with some of it recorded in a tent in Los Angeles.

Early sessions with UK producer Naughty Boy – a demo leaked a few days after Malik left the band – were curtailed in early July when the pair fell out on Twitter over the alleged leaking of a music video.

Elsewhere in the lengthy interview, Malik goes into some detail about the day he decided to leave the band: “I was always thinking it. I just didn’t know when I was going to do it. Then by the time I decided to go, it just felt right on that day. I woke up on that morning, if I’m being completely honest with you, and was like, ‘I need to go home. I just need to be me now, because I’ve had enough.’ I was with my little cousin at the time – we were sat in the hotel room – and I was just, ‘Should I go home?’ And he was like: ‘If you want to go home, let’s go home.’ So we left.”

A new Zayn Malik song, entitled Befour, can be heard playing in the background of the Fader video that previews his interview.